The North district of Brussels was the emblem of a modern urbanisation of the 70s, imagined by Charly De Pauw as a new “Brussels Manhattan”. The vast monofunctional office complex, without any mix, included 750.000 m² of buildings.

This “modernist” urbanisation model soon showed its limits and it did not take 40 years for it to begin a real decline in attractiveness. With regard to the city center, which is livelier and better served by public transport, the northern district, made of high-capacity buildings in m², is gradually losing its occupants and is empty, even becoming insecure after 6 pm. Building number 7 on Boulevard Albert II was gradually losing all its occupants due to the lack of personality. The old curtain wall was uniform and didn’t stand out, but assar noticed a lot of potential.

assar imagined a real highlighting of the façade by working on the theme of the white cliff. Associated with the North district, the metaphor of a glacier cliff gives new life to the construction which became visible from the entrance to the boulevard. 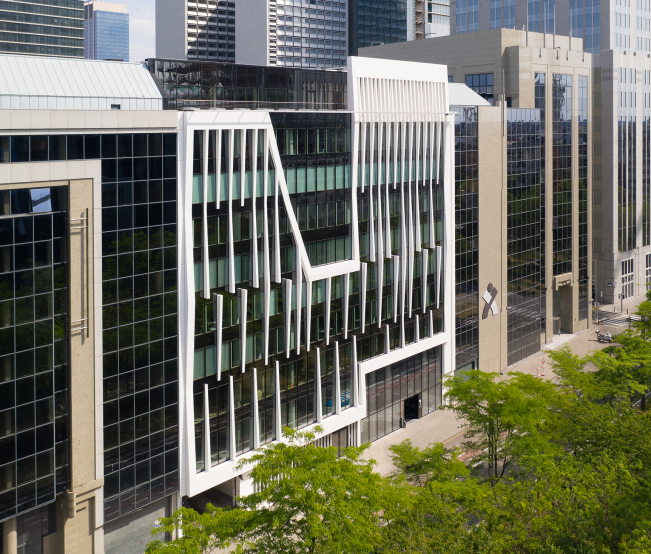 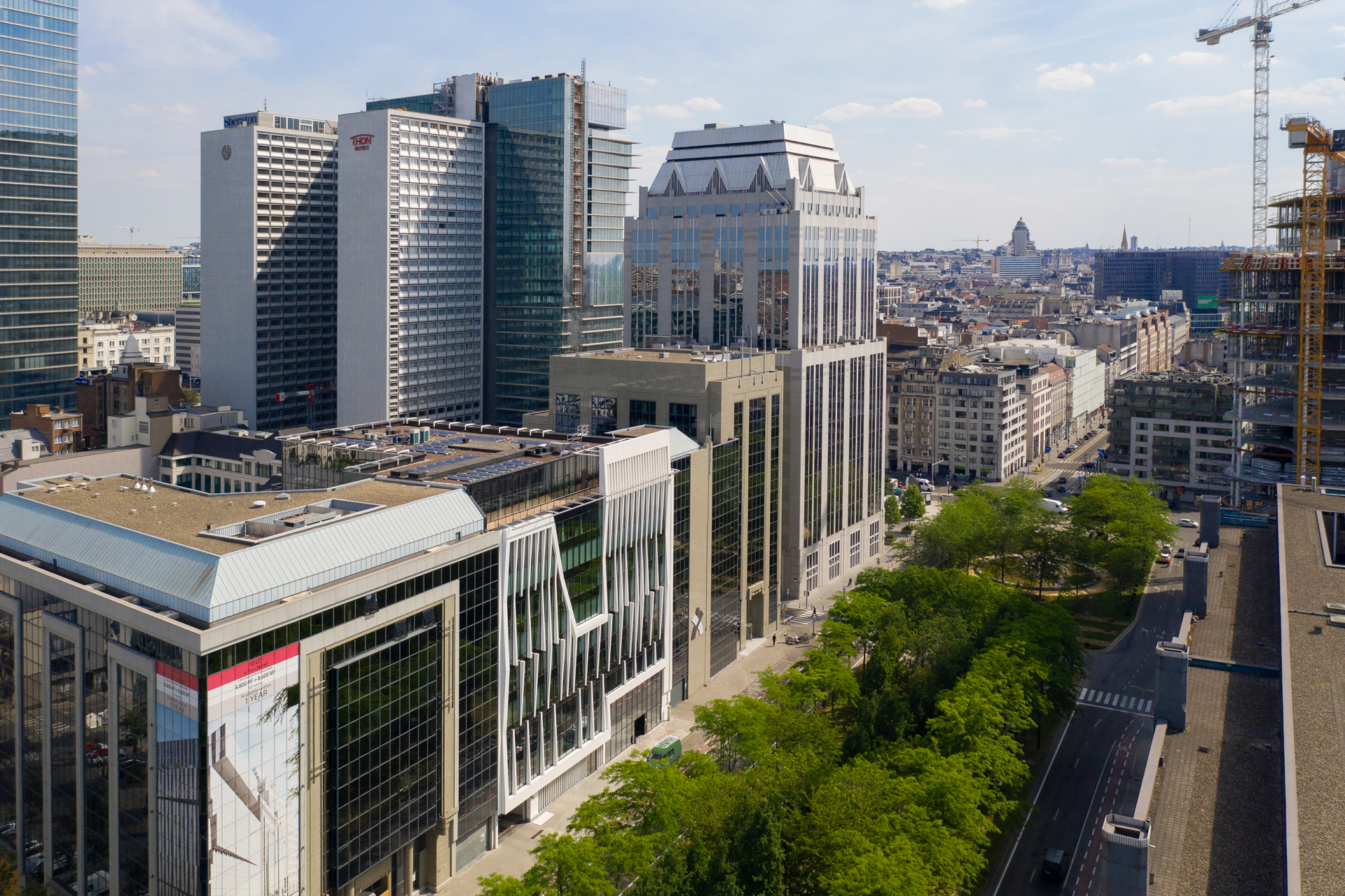 Baptized “Polaris” by the developer Triuva, the latter did not dare to launch the renovation for lack of a candidate occupant. It was at this point that the young Downtown development company showed interest in acquiring the building with a new occupancy dynamic. Highly aware of the demands of changing workspaces, Downtown saw the opportunity here to create a new co-working hub by integrating the company Fosbury & sons on the 3 lower levels including the ground floor.

Thought as an open and attractive place to socialise, the presence of Fosbury has attracted occupants on the other floors. Downtown achieves a feat of strength by finding functional complementarities between the occupants. Thus, the shared spaces of Fosbury (meeting rooms, restaurant, workstations…) are occasionally rented by the building tenants and even by neighbors who find new complementarities without having to expand.

assar has fully embraced this vision of mixing within the same building.
We are convinced that the Downtown approach has a promising future and should be applied on a recurring basis in renovation projects and new buildings. Opening the ground floors is one of the keys to lively urban planning, increased social control and user-friendly urban spaces.