‘The Wings’, our latest project for Ghelamco, is set to be Belgium’s first certified CO² and energy neutral office environment, with triple BREEAM Excellent, WELL Gold and DGNB Gold certification. Ghelamco states that it is to build 50.000 m² of offices, with a hotel, fitness centre, restaurants and coworking facilities. 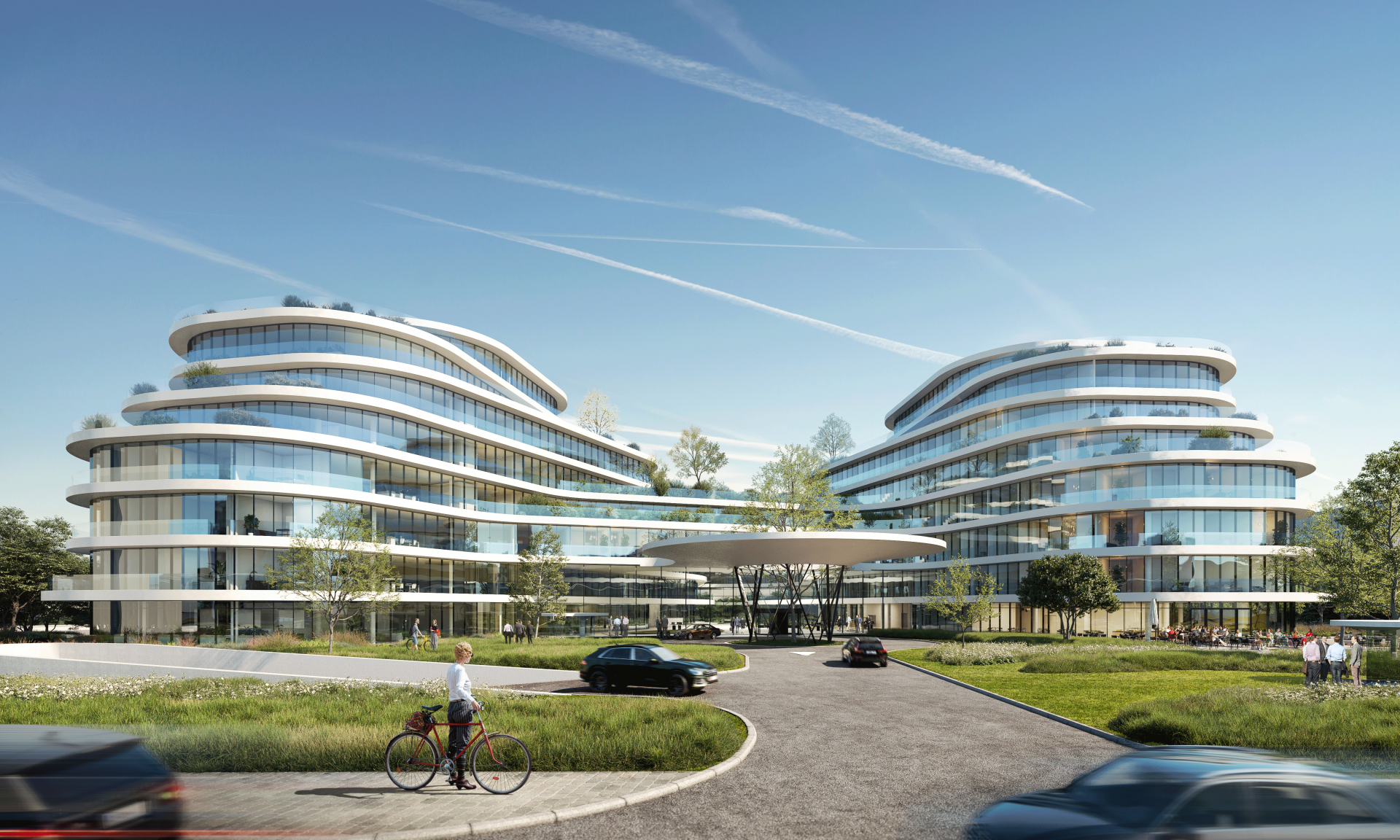 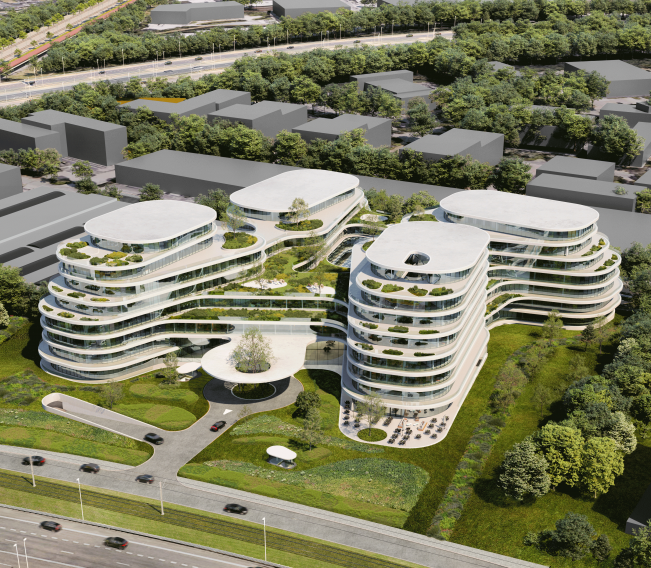 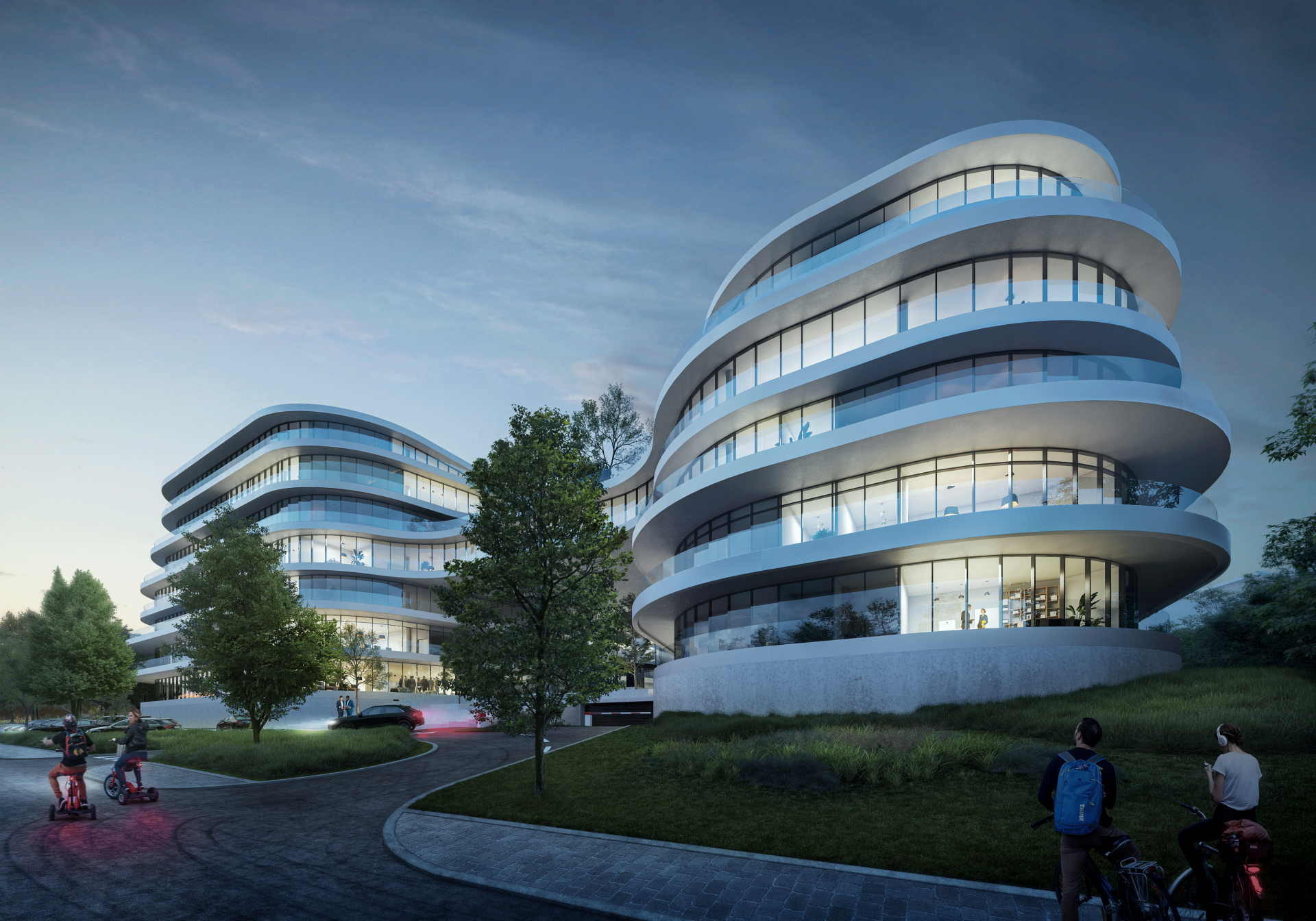 The design adopts a holistic approach of sustainability, establishing an exemplary ecosystem for decades to come.

The building itself generates the energy required for all in-house businesses and amenities, without consuming any fossil fuels whatsoever. ‘The Wings’ establishes advanced and sustainable environments perfectly balancing work and wellbeing on a triple-A location.

‘The Wings’ is designed to connect with its specific context. The project site is located in the municipality of Diegem at a strategic point near the airport, the Brussels Ring and a number of important road intersections. The surrounding urban fabric consists of commercial and office buildings, as well as a hotel.

Functionally, the new building provides office and residential facilities plus associated parking. Among other things, it will house the headquarters of a business with a high-end, airport-related image, an internationally oriented hotel, and a large coworking space for expats and international users.

The design also aims to fit with the context in terms of form and size, reflecting both the granularity of the surrounding urban fabric and the expansive landscape scale of the surrounding road infrastructure. Full advantage is taken of the double access to the site, from Culliganlaan and Kouterveldstraat. The various transport networks are given their place within the project by means of two main entrances, and the building itself, which can be passed through from side to side, forms a link between the roads.

The plot is characterised by considerable level change between the two access axes. In addition, a transverse green slope crosses the site about midway through the plot. These two features, together with the architectural programme, set the tone for the design.

Four quadrants are organised around an orthogonal set of axes. A longitudinal axis consisting of a large connecting atrium links the two approach roads and entrances.
The green slope forms the transverse axis and serves as a starting point for the integration of greenery within the project. The natural relief is expressed in the large atrium, the entrances to the building and the underground car park, and the varying construction heights of the four quadrants.

In functional terms, three quadrants house offices and related functions, while the fourth is designed as a hotel with around 250 rooms. 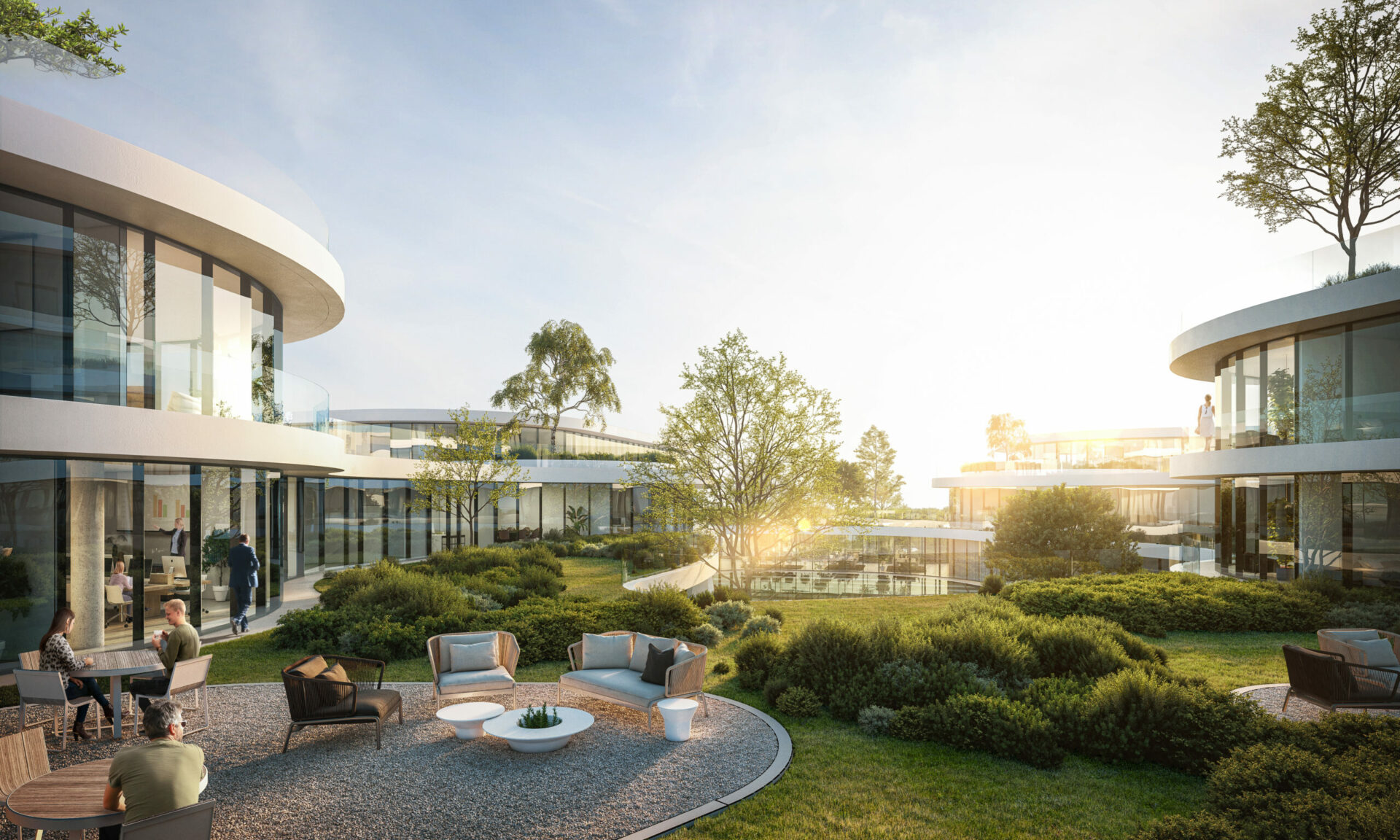 The building’s architecture focuses on a quality working and living environment. Rather than a monotonous, functional setting, it seeks to present a range of views and experiences, a variety of recognisable places to which occupants and users can feel a sense of attachment.

The four quadrants with their distinctive orientations and the stepped structure of roof gardens and terraces reflect this concern. The green roofs and roof gardens both contribute to the water balance by buffering rainwater and enhance the building’s visual quality for its users and the local community.

The vegetation already present on the site is reprised as far as possible in the large open axes that connect the building’s four quadrants.

The step-shaped roof terraces on the outer sides are also finished with intensive greenery. 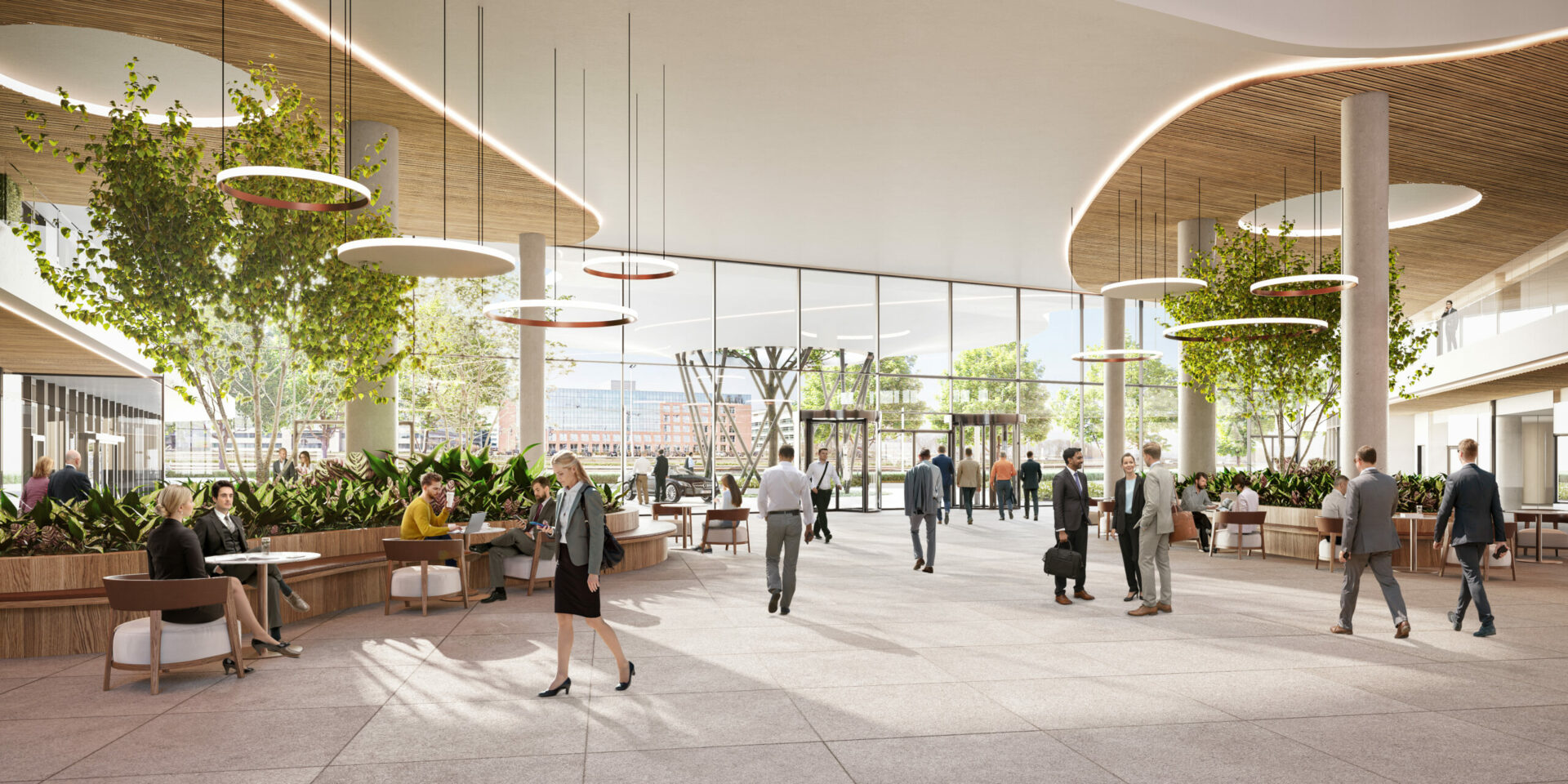 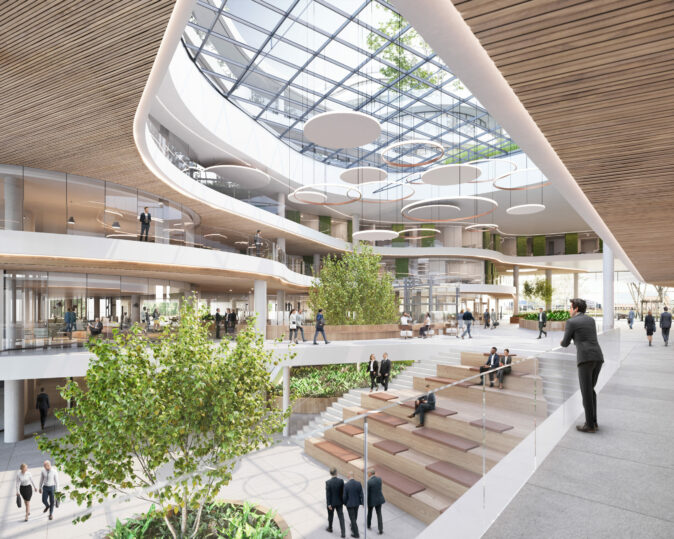 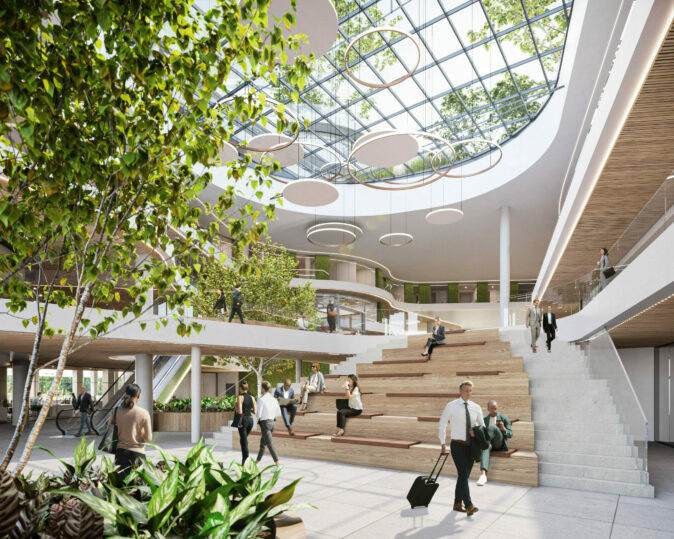 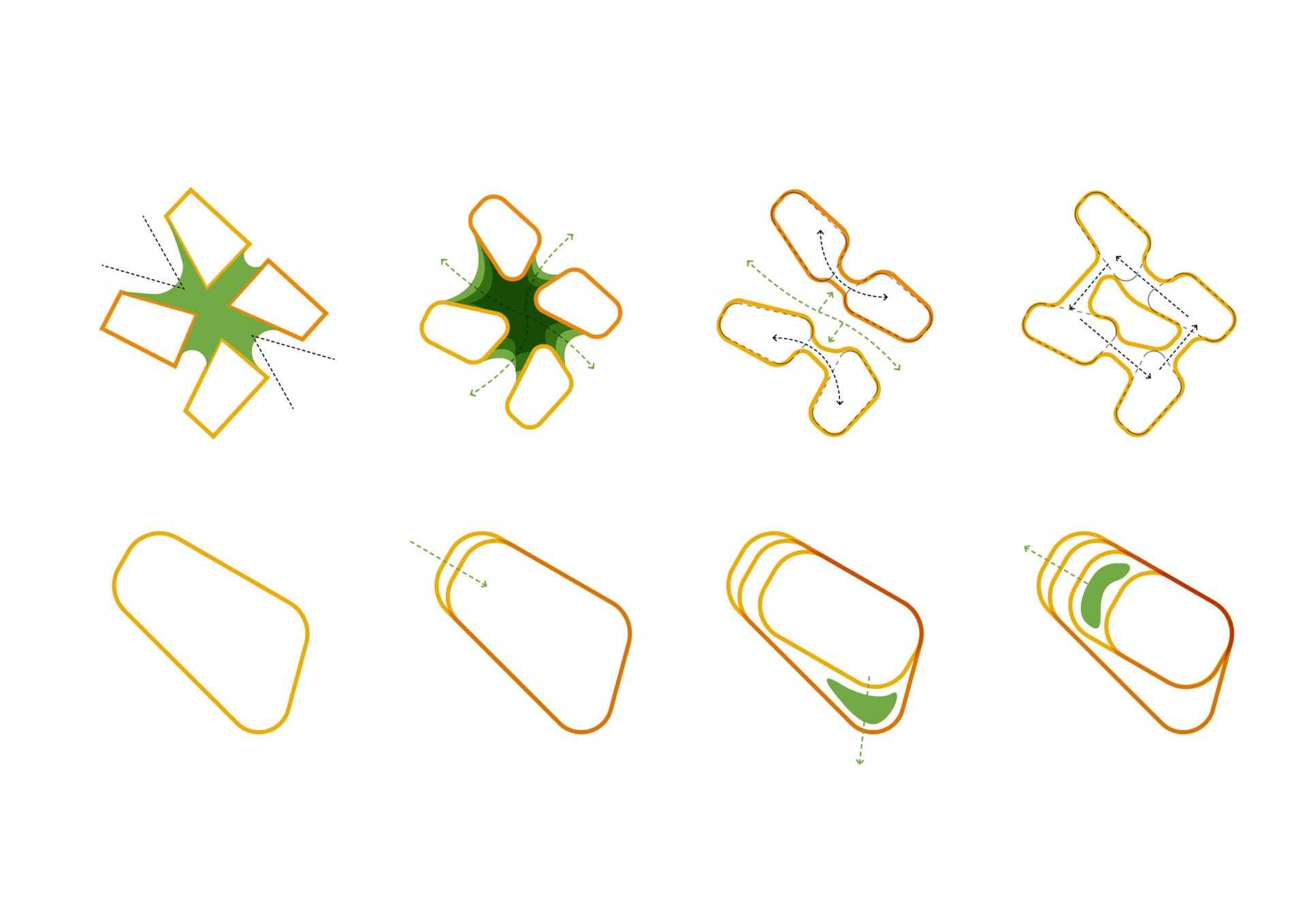 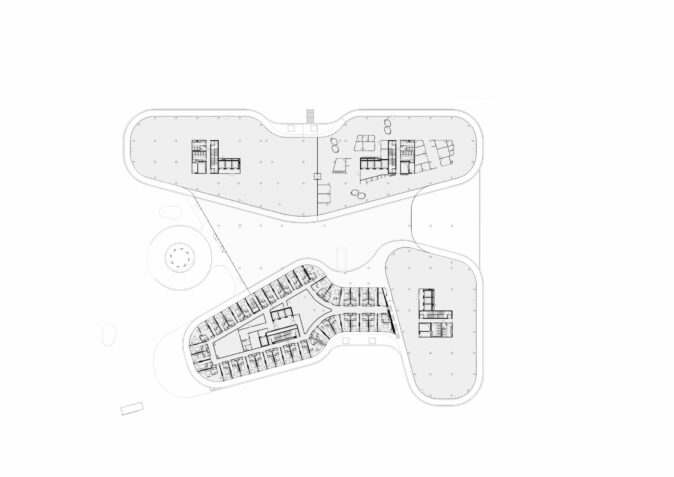 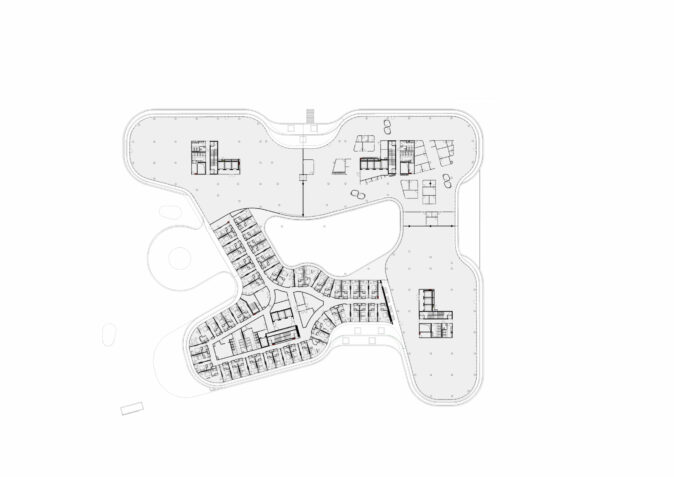 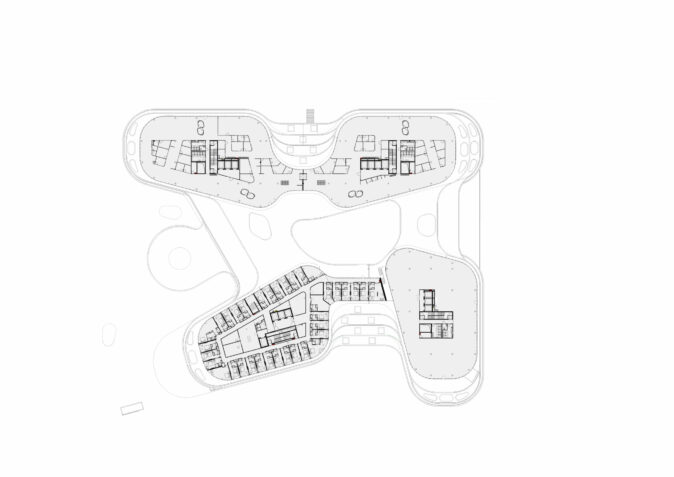 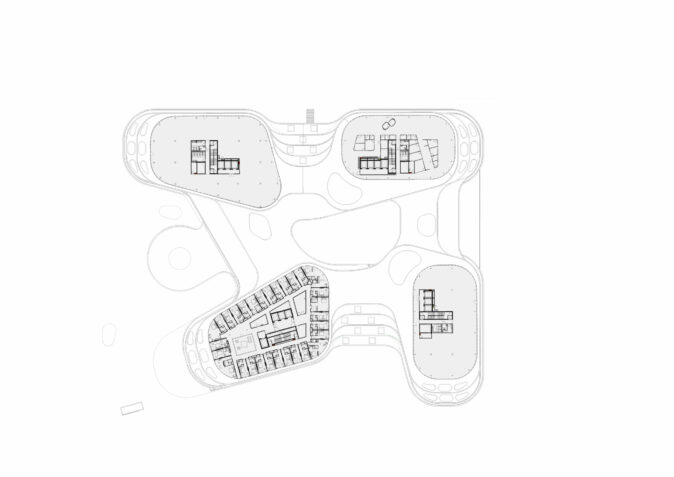 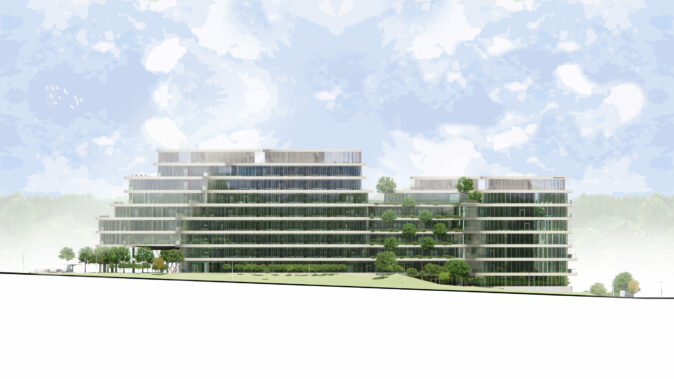 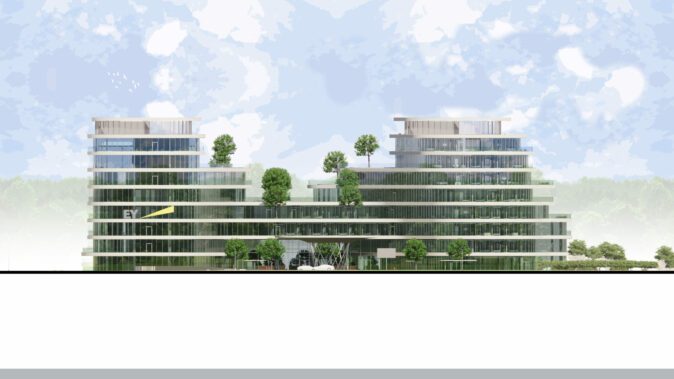 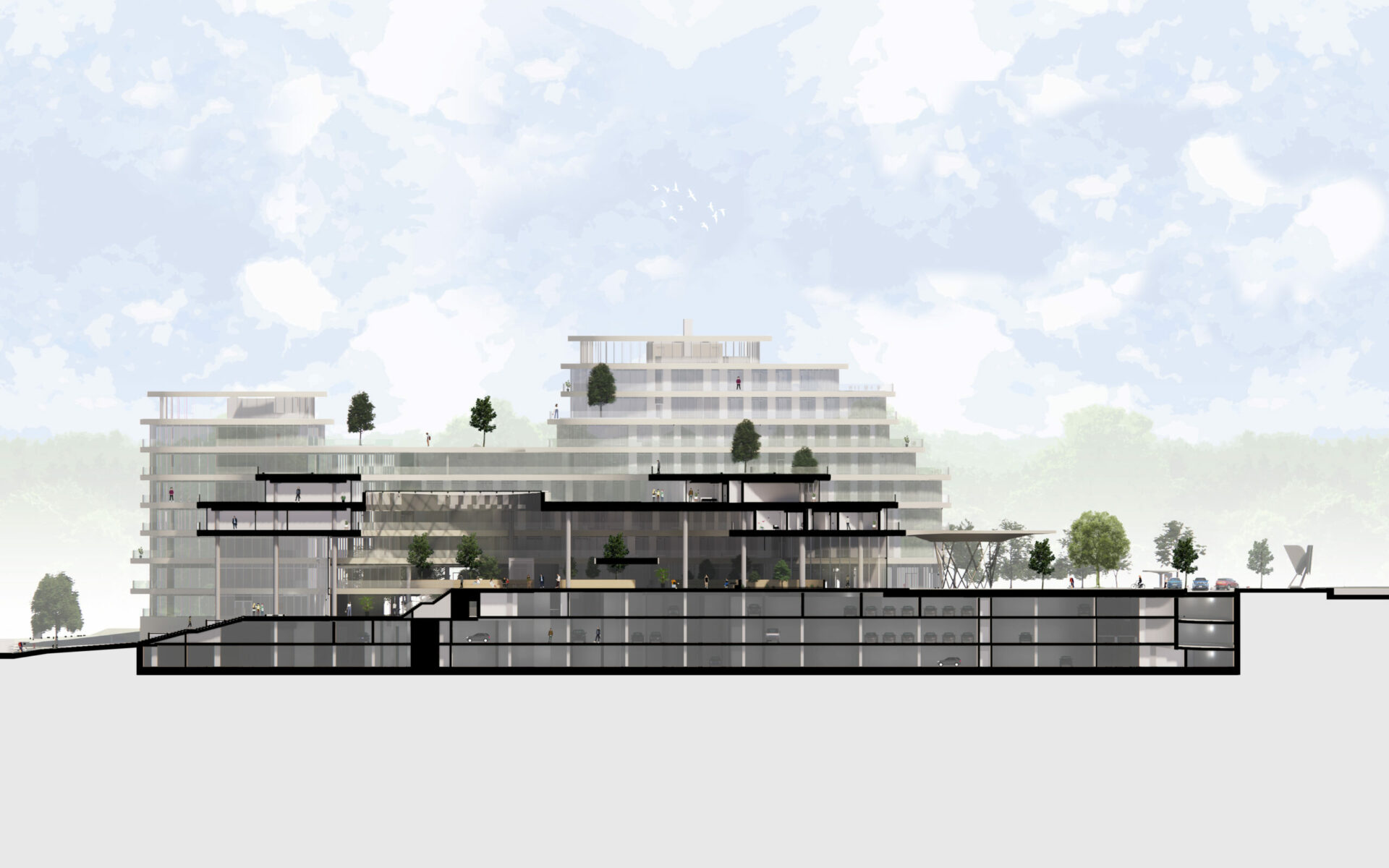